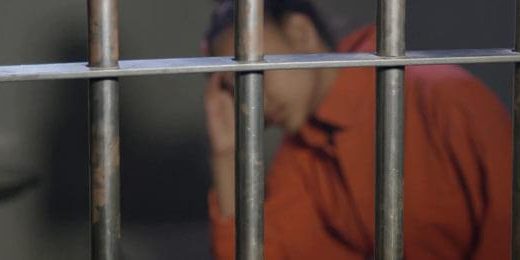 BBC News recently reported on how the prison system isn’t helping vulnerable people with alcohol and mental health problems get better; If anything it is worsening their condition.¹

Their news bulletin highlights the plight of a particular woman, Joanne, who was suffering from domestic violence and postnatal depression (PND) and was drinking excessively as a result.

Joanne was convicted of a violent act towards two men, who entered her apartment one booze-fuelled night and refused to leave at her request. As a result of the conviction, she was sent to prison for 6 days; following 3 days in the custody suite before her court hearing. She describes those 9 days of incarceration as a “living hell”.

Joanne had previously been convicted of child neglect having suffered from severe postnatal depression. Although the judge was empathetic to her case and subsequently issued a 12-month probationary order, her PND was left untreated and no additional support was given to address this.

Joannes story is not an isolated case, each year numerous individuals turn to alcohol and drugs to self medicate an underlying mental health illness.

Drinking alcohol or taking drugs, when you are already mentally unwell, is only adding fuel to the fire. Many commit acts of crime, self-harm and violence whilst intoxicated and under the influence.

Prisons are full to the brim with men and women who suffer from dual diagnosis conditions (mental health illnesses combined with either a drug or alcohol problem). Is punishment really the way forward rather than addiction rehab?

Prison Does Not Help Addicts or The Mentally Ill

One of our staff, having worked as a Drug Treatment Manager, in the UK prison system themselves, can categorically state, that these individuals do not get the help or treatment that they need. Furthermore, they are afforded little dignity or respect and often judged by their main carers, the prison officers, for their crimes.

Not all prison officers are the same, some do genuinely care and want to make a difference wherever they can, but most are eventually beaten into submission by miles of red tape and inflexible regulations that prevent prison guards and substance misuse workers of being any real help.

The illnesses behind these crimes often include addiction and depression. Self-harm and suicide attempts are sadly an everyday occurrence on the prisons drug wing.

“Depression is a strong predictor for excessive drinking”

Alcoholic inmates receive even less help; as once dried out in prison, their alcohol misuse is no longer considered to be an issue.

We would even go as far as to say that prison worsens the symptoms of those with a dual diagnosis condition. This is especially true in the case of main caregivers and mothers who are separated from their children. The guilt and shame they feel, at being forced to leave their child(ren), only adds to their mental health problems and self-destruction.

The distress and suffering that an innocent child experiences when separated from a parent, can leave a lasting imprint and affect the rest of their life.

We’re not saying that those that commit heinous acts of violence and serious crimes should go unpunished, but there does need to be more in the way of rehabilitation and mental health service treatment available within the prison system and post-release.

Each individuals case can only be judged on their unique factors and circumstances. In many cases, controlled alcohol, drug and mental health rehabilitation services would be far, far, more beneficial.

Yes, we do pour money in the prison system already, so why should we be spending more? Our answer to this is simple – to stop the ever revolving door of imprisoning the vulnerable. They do not get well in prison, they more often than not return to prison for similar offences.

Wouldn’t it be more prudent to treat these individuals professionally in the first place?

Why Are We Punishing Addicts and Alcoholics?

Addiction and alcoholism, are both proven, chronic relapsing brain diseases. Without a professional addiction treatment programme, there is very little hope of a lasting recovery. Sufferers are very likely to continue in their self-destruction and annihilation of everything that touches their life.

Imprisoning alcoholics and addicts only serves to dry them out and clean them up. It does not treat the psychological aspect of addiction or alcoholism; this is the driving force behind this life-threatening mental health disease.

Occasionally, there is government funding awarded for prisoners to be released into a rehab clinic. However, this is very rare, due to more and more financial cuts being made in NHS treatment sector services.

So what is the future for the likes of Joanne and the millions of others just like her around the world? Sadly it is very bleak unless they are able to access life-saving dual diagnosis rehab treatment. Those that are fortunate enough to do so, they have a real chance at turning their lives around and recovering from both addiction and mental health illness.

Have you been a victim of the UK prison system and suffer from addiction or alcoholism? If so, we offer affordable dual diagnosis detox and rehab. All of our UK treatment centres expertly treat addiction and mental health conditions simultaneously. This allows for the best chance of a full and lasting recovery.

Want to know more about how we can help? Call and speak to a member of our friendly and helpful team.