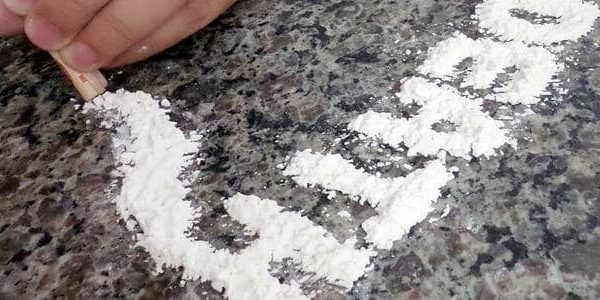 2017 statistics released by the Office for National Statistics (ONS) have revealed the highest number of cocaine-related deaths in England and Wales ever recorded since comparable records began.

This is the 6th consecutive year that England and Wales have experienced a shocking rise in the deaths where cocaine has been deemed to be the main cause.

A total of 432 individuals died from cocaine type substances last year in England and Wales. 2017 saw the 6th consecutive year where cocaine attributed deaths have risen.

There is a common misconception that addiction tends to affect the poorer communities. Cocaine displaces this theory as statistics show that the biggest users of cocaine are the highest earners and would be considered the most financially comfortable.

Data supplied by 2017/2018 Crime Survey for England and Wales suggests that cocaine users include many individuals who are considered to have responsible or high profile positions such as Doctors, Lawyers, political figures, celebrities and business persons.

More expensive drugs such as cocaine and crack cocaine tend to be used by individuals with disposable income. Cocaine is still very much portrayed as a party drug; the reality is that cocaine is extremely addictive in all of its forms and can kill.

How Do I Know If Someone Is Using Cocaine?

Spotting the signs and symptoms of cocaine abuse in a loved one, work colleague, family member or friend can provide you with the confidence you need to speak to them about it and suggest that they access cocaine addiction help.

Common physical signs of cocaine use include:

Common psychological signs of cocaine use include:

When it comes to treating an individual suffering from a cocaine abuse problem or a cocaine addiction, treatment very much depends on what the individual’s treatment needs are.

Someone who is perhaps partying too hard and binging on cocaine at parties is at as much risk of death as someone who is taking cocaine daily.

Regardless of the individual’s personal use patterns associated with cocaine, if they are unable to stop taking cocaine and have either:

a) A good reason to stop, such as a health warning or relationship breakdown,
or, b), A great desire to stop; then there is a strong possibility that they have a cocaine addiction.

Cocaine addiction is a very serious and life-threatening illness. It requires immediate professional addiction help and treatment. Treatment for cocaine addiction or cocaine abuse can be accessed through the local community or through private cocaine rehab.

Rehab Today by PCP offers a full residential cocaine detox and cocaine rehabilitation programme. We are experts in treating addiction successfully and have helped many individuals to fully recover from cocaine addiction.

We have four CQC registered and regulated Cocaine rehabs in London, Midlands, Luton and Chelmsford. We deliver bespoke addiction treatment that works!

Please call us today to find out more about our private cocaine rehab programmes and how we can help you or a loved one to break free from the grips of cocaine and discover a brand new healthier and infinitely happier way of life.

Your GP or your local drug and alcohol team: https://www.talktofrank.com/support-near-you