UK Prison Nurses Are “Passing Out” From Spice Smoke

Currently, there are no guidelines or protocols to safeguard prison health care workers from inhaling Spice smoke.

The shocking report led Ann Norman, professional lead of The Royal College of Nursing to state:

“The dangers posed by spice, both to prison healthcare staff and the patients they care for, cannot be overstated, these drugs kill.

“Nursing staff have passed out or been left unable to drive after inhaling fumes in smoke-filled cells. This is unacceptable.

The report covered by the Independent shows just how weak prison security is in the UK. It also highlights the plight of prison healthcare workers and the numerous prisoners that are getting addicted to Spice whilst serving out their sentence.

In reference to The Royal College of Nursing now working to develop safeguarding strategies with Probation Services, HM Prison Services and The Prison Officer Association, Ann Norman felt that working together was “The first step in the road to improving conditions for dedicated nurses and healthcare assistants who are putting their safety on the line in the course of their duties”

Spice can be deadly to a user, some strains are extremely toxic and can cause seizures, cardiac arrest and coma. Second-hand Spice smoke can also have a profound effect on someone who is exposed to it.

If an individual is addicted to Spice, they require professional addiction treatment in order to stop their addiction. Nursing staff in prisons are expected to put themselves at risk just to patch up an individual who is either in withdrawal or suffering physical consequences as a result of the drugs powerful effects. 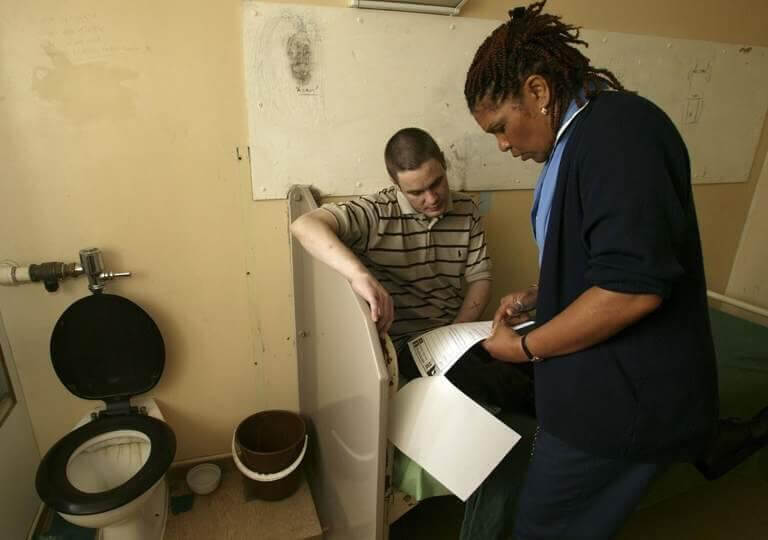 Criminals Spicing Up Their Sentence

The question has to be asked as to how is so much Spice is being smuggled into Britain’s prisons; statistics show it is a growing problem.

Only 6 months ago, The Guardian reported on the Spice epidemic showing no signs of letting up.

They (The Guardian) documented that Courts had dealt with 51 prosecution offences of prisoners being caught with Spice in their possession since the Psychoactive Substance Misuse act came into effect in May 2016.

In the same article, paramedics reported that they are treating an increasing number of spice-addicted ex-offenders who collapse through drug overdose, the day of their release back into the community. According to the Crown Prosecution Service, there have been 504 Spice related offences between May 2016 and December 2017. The most common offence committed was possession with intent to supply.

There are prisoners, who, having served time in prison for a non-Spice related offence are leaving prison with a Spice Addiction. The reason for this is that the synthetic cannabinoid Spice is so cheap and easy to obtain behind bars. The cost of Spice is actually cheaper than tobacco behind bars.

Stronger strains of Spice have comparable effects to that of Heroin.

Many that are presenting in prison with opiate addiction are turning to Spice as an alternative in order to get high.

Spice is often a complex concoction of very addictive drugs and chemicals, some of which are highly poisonous to the human body. Spice was initially introduced as a legal high that was meant to mimic the effects of Cannabis, but since its introduction, strains of spice have become stronger and stronger.

It is vital that prisons find sources of supply and quash them. Prison is otherwise detrimental and not an effective deterrent or punishment if individuals are leaving with a Spice addiction; it is highly likely that they will continue to commit crimes in order to keep funding it.

Spice Rehab in the UK

PCP understand just how dangerous Spice is and how hard it is to stop once addicted. Those that become addicted to Spice suffer from a very strong physical and psychological dependence, they often lose everything as a result.

PCP offers affordable Spice drug detox and Spice drug rehab for those in need of private rehab treatment. If you, a family member or loved one needs rehab for a Spice addiction, please do call us. We are very experienced in treating individuals that are addicted to this synthetic cannabinoid drug and can help you or your loved one to become free from its grips permanently.