Heroin addiction – side effects and treatment 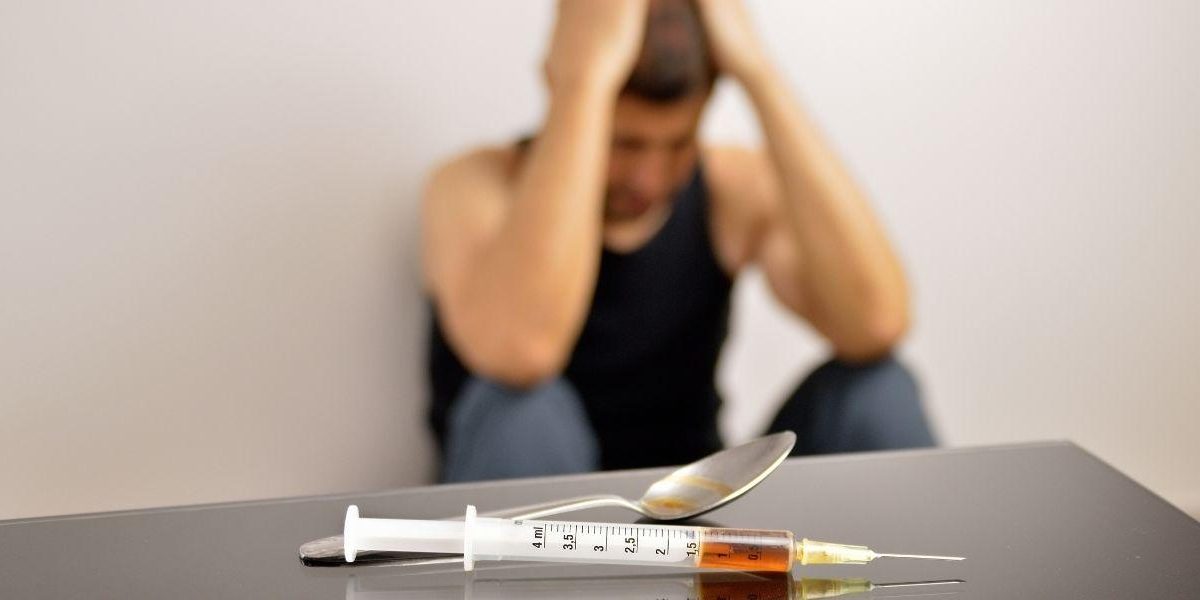 Heroin is a highly addictive narcotic that alters the brain’s chemical balance and results in a ‘high’ feeling. As with any drug addiction, once heroin is introduced into the bloodstream it will take over your life. It will make you feel like you need more and more of it just to feel normal or even happy.

Heroin is a narcotic derived from morphine, a psychoactive (mind-altering) chemical extracted from the resin of the opium poppy plant’s seed pod. The colour and appearance of heroin are influenced by how it is produced and with what it is combined. It might be white or brown powder, or it could be a black, sticky material known as ‘black tar heroin’.
Black tar heroin is a type of heroin that is either sticky like tar or hard like coal. Its dark hue is caused by poor processing procedures that leave impurities behind. Despite its name, black tar heroin can also resemble dark orange or dark brown. It is less costly than other types of heroin.
Heroin can be injected, snorted, or smoked. after taking the substance, a person feels a ‘rush’ of pleasure followed by a time of alertness. Although there is no safe dose of heroin to consume, the drug’s impact is determined by a person’s weight, health, and previous usage.

​Can you get addicted to heroin?

Yes, it’s highly possible to become addicted to heroin. With regular use of this drug, people will build up a tolerance and need more of the drug for it to be effective. This leads them to withdrawal symptoms if they stop using it including vomiting and cramps. When someone takes heroin they experience feelings of tranquillity after a few minutes. Heroin is frequently combined with other substances such as cocaine, caffeine powder, or sugar, making the ‘high’ feeling stronger.

Why is heroin so addictive?

Heroin is an addictive drug because of its effects on the brain. With repeated use, heroin causes long-term changes in the brain’s grey matter that are visible on MRI scans. Heroin also releases a flood of dopamine in the brain’s reward circuit, creating an intense euphoria that users want to experience again and again.

There are some signs to say that someone is addicted to heroin such as:
– slurring or speaking slower than usual
– tiny pupils
– flushed skin
– shorter attention span

Overdose symptoms can begin to manifest in as soon as 10 minutes, or as many as three hours after use. If you think someone is overdosing, call for help immediately. If someone is exhibiting overdose signs, you must keep them awake, check their pulse and respiration, and, if necessary, do CPR.

Some signs of overdose to keep your attention to:

Heroin effects on the body – pulmonary problems and other health risks

The dangers of heroin use include pulmonary problems, increased risk of stroke, infections, and other health risks like HIV and hepatitis C.
Chronic heroin users suffer from several medical problems, including insomnia and constipation. Lung difficulties (including different types of pneumonia and tuberculosis) may dvelop because of the user’s declining health and heroin’s impact on breathing. Many people suffer from mental illnesses such as depression and antisocial personality disorder. Men frequently suffer from sexual dysfunction, while women’s menstrual periods frequently become abnormal. There are also particular implications connected with certain administration routes.
Many of the compounds in street heroin may include chemicals that do not dissolve easily and might block blood arteries leading to the lungs, liver, kidneys, or brain. Small patches of cells in important organs might get infected or even die as a result of this. Immune responses to these or other pollutants can result in arthritis or other rheumatoid issues.

Heroin Addiction – how to beat it

Heroin addiction is like a disease that can take over a person’s life. It is not easy to fight the addiction and leave it behind. The person needs to be committed and has to have a strong support system for it to work.
There are many ways that people who are addicted to narcotics can get help, but the most important thing is for them to want help in the first place. One of the best ways for them to get help is by going into rehab. Rehab provides a safe environment where people who are addicted can go and heal from their addiction. In addition, there are also other methods one could use such as talk therapy, 12-step programs, or sober living homes.

If you or a loved one need help with a heroin problem, we can facilitate urgent or pre-booked admissions for a drug detox and recovery programme, today.
Do not waste another day being the slave of this drug. Rehab Today by PCP (Perry Clayman Project) can help you to overcome this addiction and live a better life. Call or contact us for more information on how we can help!

How Long is Drug Rehabilitation (Rehab Timeframes)
May 10, 2022