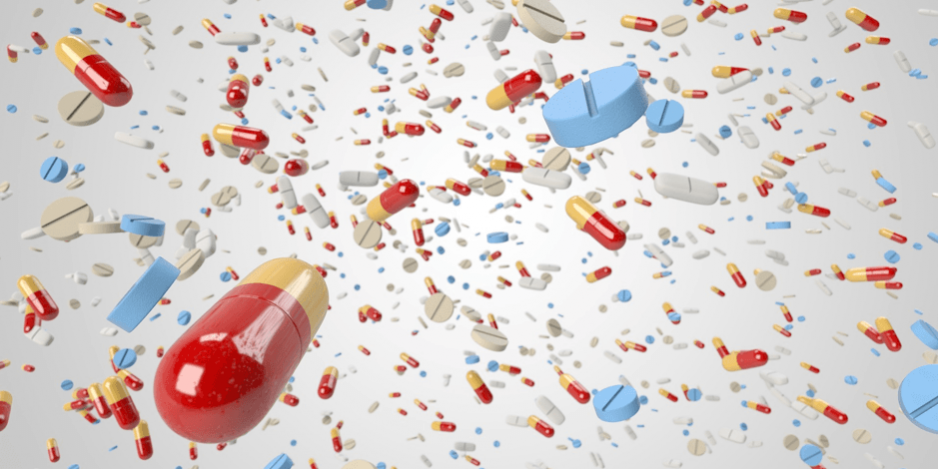 The latest statistics published by Public Health England show that a staggering 1 in 4 adults in England were prescribed potentially addictive drugs in 2018. This concerning statistic comes amidst Britain’s current opioid crisis.

The report further revealed that half a million people in the UK were taking both anti-depressants and opioids, two particular drugs that should be very carefully monitored when prescribed individually and together.

Public Health England (PHE), who was ordered to conduct the review of five classes of potentially addictive medicines by the UK government, has stated that an independent helpline must be set up in order to help the millions of individuals who may well be struggling with prescription drug dependence.

Concerns have been raised that overprescribing opiates and opioids is fuelling the UK’s opioid problem.

Public Health England was asked to review the following five classes of medications, all of which are potentially addictive and can have serious side effects and withdrawal symptoms:

The main findings in their published report include:

Gabapentanoid and Antidepressant Prescriptions Continue to Rise in England

The report published by the UK’s government on the 10th of September 2019 also shows that there are more prescriptions being issued for gabapentinoids and antidepressants. It also identified that prescribing is at its highest levels in England’s most deprived areas.

Whilst prescriptions are falling for benzodiazepines, opioids and Z-drugs the rise in prescribing of pregabalin and gabapentin suggests that GPs may be trying to swap opiates and opioids for gabapentinoids.

Gabapentinoids provide effective pain relief but work in a different way from opiates and opioids. Both of these drugs are potent and addictive, they can cause drug dependence when taken for a prologued period of time.

Drug dependence and overprescribing of these medicines have been linked to deprivation. No one knows why this is the case, but similarly, drug overdoses and drug deaths are also highest in the poorer areas of England.

Public Health England emphasized that dependence on prescription drugs is more problematic in poorer areas of England and identified the following key links:

The report also highlighted that many individuals on a long term prescription of addictive drugs felt that they were not given adequate information regarding drug dependence and withdrawal at the time of first prescribing. This responsibility lays firmly in the hands of the GP’s prescribing these medicines.

If you are concerned that you or a loved one have a dependence on one of the reviewed classes of medications it is important that you do not just stop taking your medication. This is likely to result in very unpleasant withdrawal symptoms and with some medications can even be life-threatening.

As a guideline, opioids should not be taken consecutively for any longer than a period of 3 months, Z drugs and benzodiazepines no longer than 28 days. If you have been on a prescription for longer than this, please speak to your GP about your concerns.

If you wish to come off your medication comfortably and safely, Rehab Today by PCP can facilitate a full medical detox for all kinds of prescription drugs. Call us today to find out more about our private drug detoxes and rehab programmes.

Coronavirus – keeping you safe in your time of need
April 2, 2020

Residential Rehabs in England Cut by One Third as Alcohol and Drug Crisis Escalates
November 11, 2019