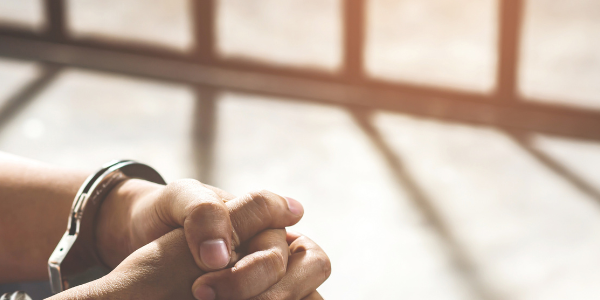 When it comes to drug abuse, one thing that many people tend to forget is that most drug users are good people who have made some terrible choices.

Many addicts would love nothing more than to quit drugs, but simply do not have the support and treatment resources available to help them take control of their lives and kick the habit for good.

So, what does one do when drug abuse takes over and your mental health suffers for it? Because not everyone can afford to attend drug rehab on their own!

In this article, we’re going to talk about drug rehab Vs. prison. What is court ordered rehab? Is it effective? And what is the importance of rehabilitation in prisons?

In this article, we’ll tell you everything you need to know…

Can a judge send you to rehab?

Depending on your situation, and the nature of your offense, a judge has the power to send you to rehab for substance abuse. That being said, this will typically be voluntary. Should you refuse rehab, the alternative will likely be a more severe punishment, such as a large financial penalty and/or time in prison.

Bear in mind that most people struggle to get free rehab in the UK, so if you find yourself in a position where the judge orders you to go to rehab and receive drug treatment, consider it a blessing; receive treatment or serve jail time? It’s a no brainer!

Court ordered drug and alcohol rehab isn’t something that is very common in the UK. That said, it is used when a magistrate believes that it is in the best interests of the offender in question. For example, if an offender has a substance use disorder and has committed nonviolent crimes, it might be an option.

The unfortunate nature of drug addiction, being a chronic disease, can seriously impair the way that a person thinks, feels, and behaves, often driving good people to make silly mistakes.

If the magistrate recognises that an offender with substance use disorder wants to get better and can become a valuable member of society with the right care and support, they may be given the opportunity to receive substance abuse treatment, rather than jail time.

While offenders tend not to go to specialised rehab facilities, they are often ordered to attend outpatient rehab at a community level.

If, for whatever reason, the drug offender misses a session, they will be in breach of their court ordered rehab conditions and may end up being sent to prison as a result.

Unfortunately, not all drug offenders want to be free of their addiction. In some cases, many of those with an active substance use disorder may simply attend court ordered rehab in order to avoid going to prison – rather than having a desire to get better.

Ultimately, in order to become drug free, the individual struggling with substance abuse must want to get better; those who resist addiction treatment will never make a full and successful recovery.

That said, for the majority of people with substance use disorders, receiving court ordered rehab and addiction treatment is an amazing and much appreciated initiative that allows them a chance at a genuine recovery form what is a treatable disease: addiction.

What rehabilitation programs are available in prison (UK)?

The government has been going to great lengths to improve the overall level of care and support for those in the UK prison system. There are various offending behaviour programmes and interventions in place to help successfully rehabilitate offenders in order to prevent future crime.

The aim is to provide offenders with the support and education that they need to ensure that when they do finish serving their sentence, they can return to their day-to-day life and have a far better chance at succeeding as an active and functional member of society.

Some of the skills taught to help offenders manage their behaviour includes:

There are also other programmes intended to address specific offences such as:

Why is rehabilitation important in prisons?

Rehabilitation is so important in prisons because it attempts to help those who have offended shape themselves into well-rounded individuals who want to do better, contribute to society, and refrain from causing trouble in the future.

Many people who commit crimes and are sentenced to prison have not been afforded the same luxuries in life as others. Some people resort to theft because they lacked the education and support necessary to secure and hold down a job; others have developed substance use disorders and became nonviolent drug offenders; with many others simply being in the wrong place at the wrong time, making foolish mistakes.

Of course, rehabilitation isn’t about excusing or justifying an offender’s actions – by no stretch of the imagination. However, it is about teaching them that there are better ways to live, they can do better, and that there is life after prison.

Without a genuine attempt at rehabilitation, is there really any point in sending people to prison at all? Or rather, sentencing offenders with a release date?

One of the most important aspects of rehabilitation in prison, is the connection between drug abuse and mental illness. The criminal justice system in the UK needs to put even more emphasis on providing support and medication assisted treatment for drug abusing offenders who have committed nonviolent drug related offenses.

Being able to attend rehab in a controlled prison environment will significantly reduce the chances of an offender serving their time, returning to the outside world, and continuing to struggle with their substance use disorders (in which case, they will be far more likely to commit crime in order to secure illicit drugs, take part in illicit drug use, and suffer a drug overdose – or worse, put others’ lives at risk).

If we are to genuinely put an end to the cycle, proper medical attention and support groups need to be put in place to help offenders with quitting drugs and becoming active and contributing members of society once more.

In the UK, 75% of ex-inmates reoffend within 9-years of their release, and 39.3% within the first 12-months. These statistics are staggering and stand testament to the fact that there is still so much that the criminal justice system in the UK needs to accomplish.

It also begs the question how many of those re-offenses can be attributed to drug problems and substance abuse? If we are able to provide better drug treatment and rehabilitation in prisons, is there a chance that criminal behaviour can be reduced?

Here you can find even more statistics and information on substance misuse treatment in secure settings, such as prisons.

It’s no secret that rehabilitation is far more an effective deterrence than punishment. Serving time and losing one’s freedom is punishment enough; in the mean time, we should be taking strides to help offenders with their rehabilitation, particularly with nonviolent drug offenses.

Take the Babemba tribe of South Africa as an example;

“In the Babemba tribe of South Africa, when a person acts irresponsibly or unjustly, he is placed in the centre of the village. Every man, woman, and child in the village gathers in a large circle around the accused individual. Then each person in the tribe speaks to the accused, one at a time, each recalling the good things the person in the centre of the circle has done in their lifetime. At the end, the tribal circle is broken, a joyous celebration takes place, and the person is symbolically and literally welcomed back into the tribe.”

We can learn a lot from this beautiful custom. It can serve as a reminder that many drug offenders are good people who are suffering with their mental health and simply need our compassion, care, and support.