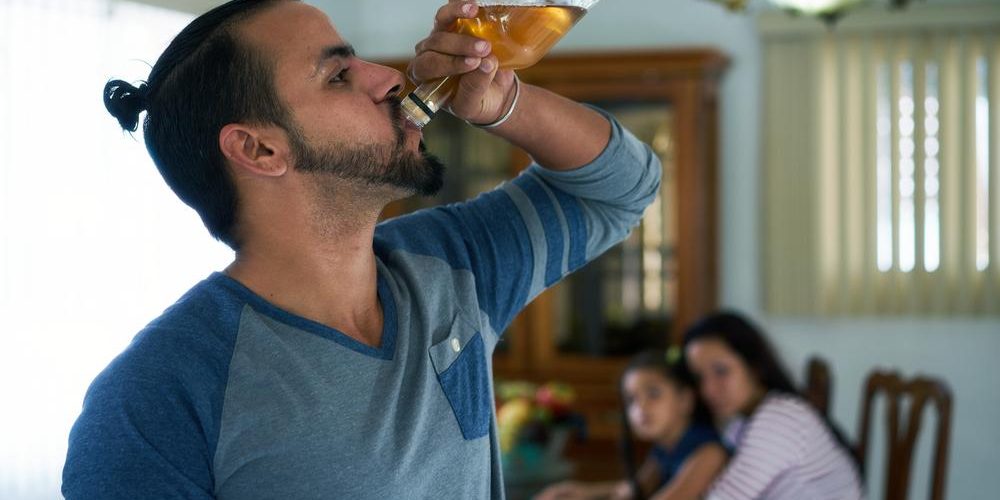 As we approach Christmas and New Year, one particularly sinister pattern of behaviour reaches its peak. Christmas time has sadly started to see a rising trend in domestic abuse cases. This trend is not unique to the UK, it exists to a large extent in other countries such as Australia, which Britain share many cultural and social similarities. (13a)

Alcohol is seen as a key contributory factor to the rising number of domestic violence incidents recorded over the festive period (12). The combination of alcohol, financial pressure and unrealistic expectations added to the fact that people will spend more time with family members and loved ones, increases the potential for conflict – which may well turn aggressive.

Whilst no direct research has concluded the link between increased domestic abuse and alcohol, it is widely acknowledged that alcohol use disorders such as binge drinking present a major risk factor in determining whether someone will become violent or not. (1, 6, 9)

Binge Drinking reaches peak levels over Christmas
Binge drinking is very common over the festive holidays. Drinkaware reported that nearly 30% of men interviewed had reached the level for binge drinking within the last week of being interviewed(4).

With the Christmas season upon us, the UK’s NHS services and police are gearing themselves up with trepidation to prepare for the consequences of excessive drinking.

Many partners and family members fear this particular part of the year also, they know they will be walking a precarious tightrope where boozy celebrations can easily become life threatening situations. Their fears are well founded; Margaret Martin of the Women’s aid charity highlighted that the frequency of violence towards women is likely to be much higher over Christmas as alcohol consumption increases (3)

2.4 Million Brits suffered domestic abuse last year
In the year leading up to March 2019 an estimated 2.4 Million adults (age 16-74) were found to be victims of domestic abuse in the UK, 1.6 million of which were women. The true rates of domestic violence against men are likely to be much higher than recorded. Men tend to feel even more shame around reporting this tragic matter than women.(11)

Northern Ireland, who are also sadly following the rising trend of domestic violence incidents, reported in 2017-18 that law enforcement received a record number of calls from victims, with calls peaking during the Christmas period. On New Years day alone, Northern Ireland police dealt with nearly 150 calls relating to violence within the home and just short of 100 calls on Christmas day. (13)

What is domestic abuse?
In 2017, Theresa May announced a new strategy for defining and dealing with domestic abuse; the foundations of which were laid out in the 2019 Domestic Abuse Bill. The Bill extends the notion that the term “domestic abuse” should cover more than just physical violence.

It is no coincidence that the rise in binge drinking during the holiday period coincides with escalated cases of reported domestic violence (3, 12). The World Health Organisation highlighted that harmful and dangerous levels of alcohol consumption is a major factor in aggressive behaviour and that the two have a strong association (16,2).

It has also been suggested that the more frequently a person consumes large amounts of alcohol the greater the likelihood that they will become violent towards their partner, with the level of violence becoming progressively worse over time (9).

Excessive alcohol intake is also associated with lowering a person’s ability to regulate their own behaviour, it reduces inhibitions and makes them more impulsive. Heavy drinkers, over a sustained period of time, become unable to show restraint when they are under duress and are more likely to react in a harmful manner (1)

In some people, heavy drinking also leads to cognitive changes in the brain, for example it can affect their ability to rationalise and consider other options.  It can also affect some individuals ability to correctly interpret certain situations. Those who are affected by alcohol in this way are more likely to feel that others are against them when they are not. (1, 9)

Where a person suffers negatively from the effects of alcohol they are no more in control of their actions than you are. This does not mean however that they should not be held accountable. In fact, being held accountable can be a turning point for many. It is paramount that they seek professional treatment to stop the alcohol and address their behaviour.

Regardless of the circumstances, domestic violence is never the victim’s fault and people do indeed tragically die from it.

The government and the NHS have provided advice and guidance on domestic abuse through specifically allocated web pages. The government website also provides a list of relevant organisations throughout the UK along with their contact details.

You can also access helpful information relating to many different circumstances of domestic violence in the Women’s Aid Survival Handbook.

Men also commonly suffer from domestic violence that is alcohol-related. As a society, we are far more aware of this and there are many independent charities that can help. if you are a male victim of domestic violence you can access help from ManKind, amongst many others.

Staying safe at Christmas
If you fear you are at risk of domestic abuse over the coming festivities, ensure that you have a safe place and support if needed. Don’t ever be alone with the person, especially if they are drinking. Remember that you cannot fix or change them and that they have to want recovery for themselves. Your priority is to keep yourself safe at all times.

If your partner is only violent when intoxicated then their drinking must be addressed and promptly. Don’t be afraid to issue an ultimatum and stay somewhere safe until they have sorted themselves out and accessed professional help. Regardless of when it happens, even if it is on Christmas day, you need to put your own well being first.

Making a Positive Change
Nobody should have to put up with or live in fear of domestic abuse. It is not uncommon for loving relationships to be impacted by the negative effects of binge drinking, and abuse in all of its forms is likely to be a consequence of alcohol misuse. If you’d like to support your partner or loved one then a residential alcohol rehab placement is something you should help them to seriously consider. You can contact an expert at one of our UK Drug & Alcohol Rehab Clinics by calling 0800 0380 480