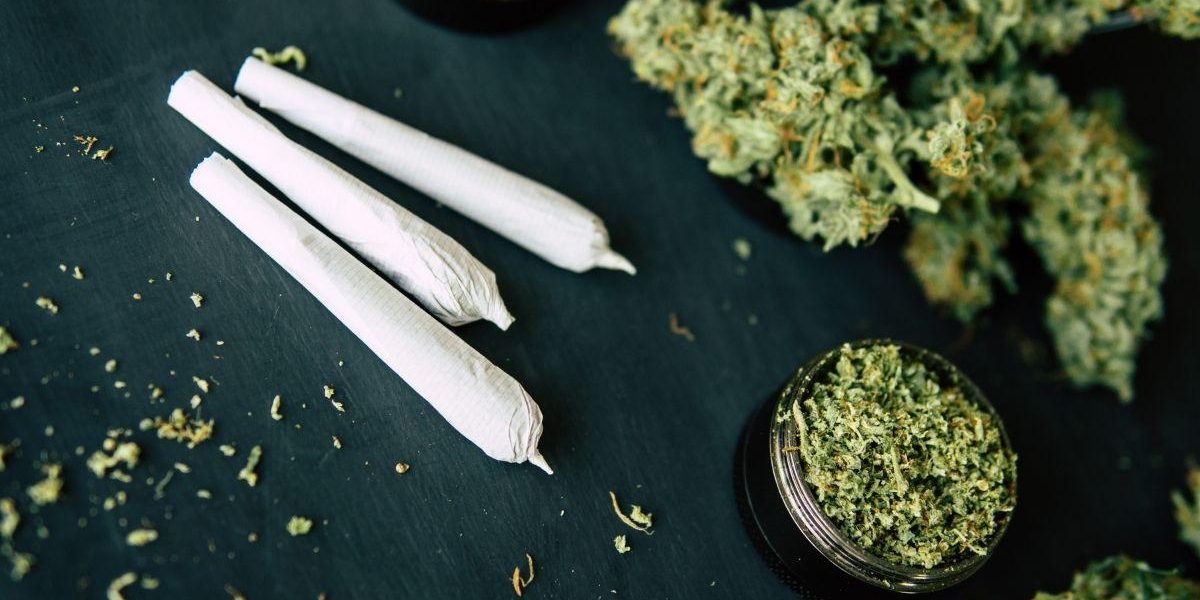 Marijuana, also known as weed, pot, grass, bud, herb, ganja, and mary jane, is the dried leaves, flowers, stems, and seeds of the Cannabis sativa plant.
Marijuana has several components known as cannabinoids. Two of these components, delta-9-tetrahydrocannabinol (THC) and cannabidiol (CBD), have well-known effects on marijuana users. THC is known as the chemical that causes a “high,” but CBD frequently provides a sensation of relaxation. Because of its psychoactive properties, THC is the potential substance that leads to weed addiction.

Can you get addicted to weed?

The short answer is yes. According to statistics, the number of cannabis smokers is highly increasing. In the UK, cannabis is the most consumed illegal drug. Brits aged 16 to 56 use this drug to relax and detach from their work or family problems. It is very likely to get addicted to weed, especially people who are considered heavy users. If you are not a regular weed smoker, then it is not so difficult to stop. You may also have withdrawal symptoms such as moody feelings, sickness, sweating, difficulty sleeping or eating. Instead, if you are a regular cannabis smoker, the risk of becoming addicted is increasing. People who do not give up on weed may have heart diseases or cancer.

Teenagers start smoking from a young age without realizing that there will be drastic consequences that will affect them mentally and physically. They have fun and forget how harmful drugs can be.
Experts are discovering a correlation between the age at which you begin smoking cannabis and the chance of developing a reliance on it. According to one study, those who began using cannabis between the ages of 14 and 15 were more likely to acquire dependence.
On the other hand, people who began smoking cannabis after the age of 15 had a significantly lower probability of acquiring a dependent. Another study discovered that those who start smoking marijuana before they reach the age of 18 are four to seven times more likely to have a cannabis use disorder later in life.

What are the signs if someone is addicted to weed?

Previously, we have seen that weed is a drug that can lead to addiction, but it is hard to spot the signs. There are no clear-cut signs that can tell you if your loved one has an addiction to weed. That is why we want to talk about some of the signs that may indicate weed use.
If you know what to look for, it will be easier for you to help them break their addiction and get their life back on track.

Signs if someone is addicted to weed

– Weed is consumed in higher quantities or for a longer period than the person planned;
– Someone who uses marijuana wishes to reduce or limit their use but is unable to do so;
– Someone spends an excessive amount of time procuring weed, consuming it, or recovering from its use.
– The person feels strong wants, or cravings, to use;
– Marijuana user interferes with one’s career and education;
– The person interrupts any social, recreational, vocational activity;
– Someone smokes weed and is aware of the dangerous consequences but can’t stop smoking.

The effects of weed can differ from one person to another. It also depends on the quantity.
Some symptoms of weed addiction are:
• Dry mouth
• Increased appetite
• Lack of appetite
• Bloodshot eyes
• Lack of sleep
• Weight gain
• Dizziness
• Anxiety
• Paranoia
• Fertility issues
People who start smoking from a very young age can develop psychotic illnesses: hallucinations or delusions. It is very dangerous for them and the people around them because they may see things that do not exist or are not there.

People who confront with weed addiction need our help to give up because it is a long-termed process. A drug rehab program is the best place to start your recovery. People addicted to weed have to take things to step by step because it is not an easy treatment. You have to dedicate yourself to your rehab process. When you immediately cut down weed you may be confronted with withdrawal symptoms. Craving marijuana or agitation are some of the withdrawal symptoms.

There are different stages in your treatment, starting with a detoxification programme, in which the person’s system cleanses any drug substances. Then we begin the therapy. It is also better for the patient to have the support of his family and loved ones. The patient will know that he is not alone and he has the motivation to carry on.

That’s why for drug addiction treatment we suggest you approach a professional rehab centre.

Weed addiction is a real problem and those people who want to give up on marijuana may get the proper treatment at our centre. We help lots of people get rid of this drug. We do not say that it is easy to quit smoking. In time you will understand what is better for you. Now they enjoy life to the fullest. Our centre offers you the opportunity to start a new life. We dedicate ourselves to your recovery from addiction.
Take a stand and make something to change your life and we will help you with your drug addiction at any moment.