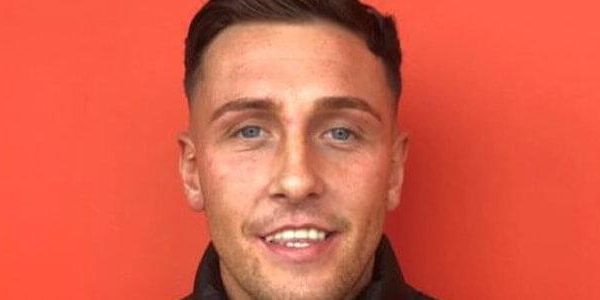 BBC News published the story of Danny O’Sullivan, a young man from Renfrew, Glasgow, who against the odds has overcome his debilitating addiction to drugs. Danny’s journey with drugs started at the very tender of 13. By the age of 18, Danny was a full blown addict and in desperate need of help.

Danny O’Sullivan shared his story with BBC News in the hope that his experience of addiction and recovery would help give hope to those still suffering and inspire them to ask for addiction help.

The Progression From Cannabis and Alcohol to Class A Cocaine

Danny’s battle with drugs started with what is often referred to as the “gateway drug” – Cannabis.

The progression of Danny’s drug addiction was alarming quick; by the age of 14 he was taking the party drug Ecstasy and by 15 he was hooked on Class A Cocaine and ex-legal high MCat. In his 20’s Danny was spending up to £1000 a week on illicit drugs and alcohol.

Danny himself admitted: “I was a danger to myself and everyone around me. The way I was acting, the people I was hanging about with. It was addiction.”

Finding Clarity In A Psychiatric Hospital

Danny found himself weighing up his options during an inpatient stay at Leverndale Hospital in Glasgow, for a drug-related mental health break down. Danny had overdosed on drugs 3 times during the 2 month period leading up to his admission there.

Drugs had taken Danny to a point of clarity – he realised that if he continued on the path he was, he would almost certainly die:

“It was going to be jail, hospitals, death or recovery. I picked recovery.” Danny said.

The stark realisation was the beginning of his recovery journey from drug addiction.

Danny attended a 6-month drug treatment programme at a community rehab, funded by his local authorities. The transformation is evident for all to see.

A year into his recovery from addiction, he defied the odds by proudly posting on Facebook, describing just how far he had come:

Danny, left, at his lowest point before rehab and right, a year into his ongoing recovery from drug addiction

As he proudly posted his before and after pictures of his 1 year sobriety birthday, no one could have prepared him for what followed. Danny’s post was shared a staggering 10,000 times, with 3.8k people commenting and commending the young Scot on his recovery.

Danny’s story has inspired so many. He has since spoken to Deadline News, The Evening Standard and been interviewed by BBC Radio Scotland.

Danny told the Evening Times newspaper: “I’ve got a better life today than I’ve ever had and that’s a result of being sober.

“I went on holiday to Turkey with my dad recently and that was brilliant – it’s the first holiday I’ve been on sober – and I’ve visited London for the first time in my life.”

He added: “Nobody really wanted to know me before, I was a danger to myself and everybody around me, so it’s amazing that I’ve got my family around me now.

“The amount of people that are contacting me saying their loved ones are struggling, asking me for advice, it’s amazing because nobody came to me for anything before.”

Danny’s story of successfully overcoming drug addiction is proof that it can be done.

It Only Takes A decision Not To Die

Addiction is a life-threatening, chronic and progressive illness of the brain. It is characterised by repeated attempts to stop and failing. Thousands of alcoholics and addicts die every single year in the UK.

Danny’s story is special in the sense that he is showing those that are still battling addiction, that if you are willing and accesses the correct addiction treatment and support, recovery is possible.

Danny continues to maintain his recovery today by attending the 12 step fellowship of Cocaine Anonymous and by helping others who were once as bad as him.

Danny’s life-changing decision at the time would merely have been not to die. He could never have foreseen what being clean and recovery truly meant. In our alcohol and drug rehabs, we experience the miracle of recovery daily. To us, Danny’s story is not unusual.

PCP know that effective rehab treatment can assist an individual in establishing firm foundations for a lasting and permanent recovery.

If you or a loved one are looking for a private cocaine rehab or a rehab for an alcohol or drug addiction, please contact us for more information. We have the experience and evidence-based addiction treatments that can make the dream of recovery very much a reality.